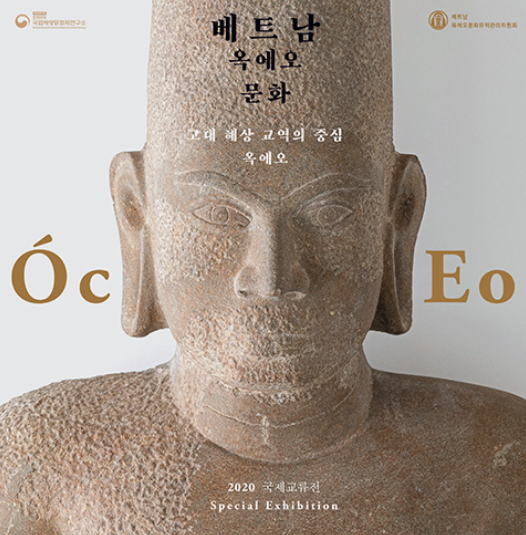 Go to the Press

The Óc Eo Culture (1st~ 7th century) that emerged in the Mekong River Delta covering the southern region of Vietnam and Cambodia is the earliest ancient culture known to have developed in Southeast Asia. The area of the Óc Eo Culture was a trade hub midway along the east-west trade route, connecting to India and Guangdong Province in China, and is regarded as having belonged to the ancient maritime kingdom of Funan. This exhibition is designed to extend our understanding of maritime cultural exchanges beyond ancient Korea, China and Japan to Southeast Asia and West Asia. Since ancient times, the cultures of Europe, Persia, and India have been transmitted by sea to China and the Korean Peninsula via Southeast Asia. However, many things remain unclear at present, such as how and to what extent the Óc Eo people, who played a role in cultural exchanges in Southeast Asia, and the people of the Korean Peninsula engaged in cultural exchanges in ancient times. We hope that the exhibition titled “The Óc Eo Culture of Vietnam” will provide the public with an opportunity to discover and explore this hitherto unfamiliar ancient culture of Southeast Asia, and to reconsider the history of brisk maritime exchanges in Asia.